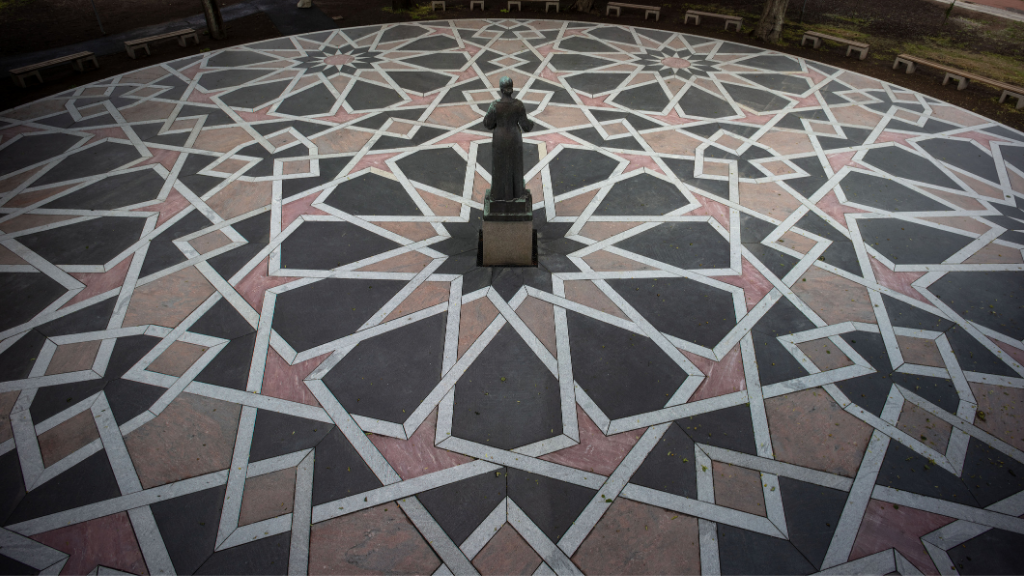 Photo: Holstebro Museum
Attractions
Monuments
One of Astrid Noack's best known works, which also are placed by Skagens Museum and the National Gallery of Denmark.
Address

In front of the old patrician villa, which is a common entrance to the Holstebro Museum and the Holstebro Art Museum, stands Astrid Noack's bronze statue of the Skagen painter Anna Ancher, made in 1938-1939.

"Anna Ancher" is Astrid Noack's monumental full figure portrait of the painter. The sculpture is made of plaster first and then cast in bronze. The figure is standing with drawing pad and pencil in his hand. Astrid Noack studied the life of Anna Ancher Celebrating the 80th anniversary with a monument at the Skagen Museum, Astrid Noack became clearer who she was going to portray by visiting Skagen and Anna Ancher's mother: a rank and strong personality, which is clearly seen in the work.

Astrid Noack is a remarkable person in Danish art. Inspired by Romanesque, Egyptian, Gothic, Greek and Archaic art, her works are timeless. Astrid Noack particularly portrays children and women with very simple positions and instruments. The sculptures are therefore simple and focus on the rotation of the body, hands and feet, which creates movement in the sculpture.

The sculpture "Standing Woman" was canonized in 2006. Holstebro Art Museum owns a bronze variant of the work as well as part of her plaster models in original form. "Kneeling Boy" from 1942 is another Astrid Noack sculpture in Holstebro. You will find him in front of the Job Center, Kirkestræde 15, Holstebro.