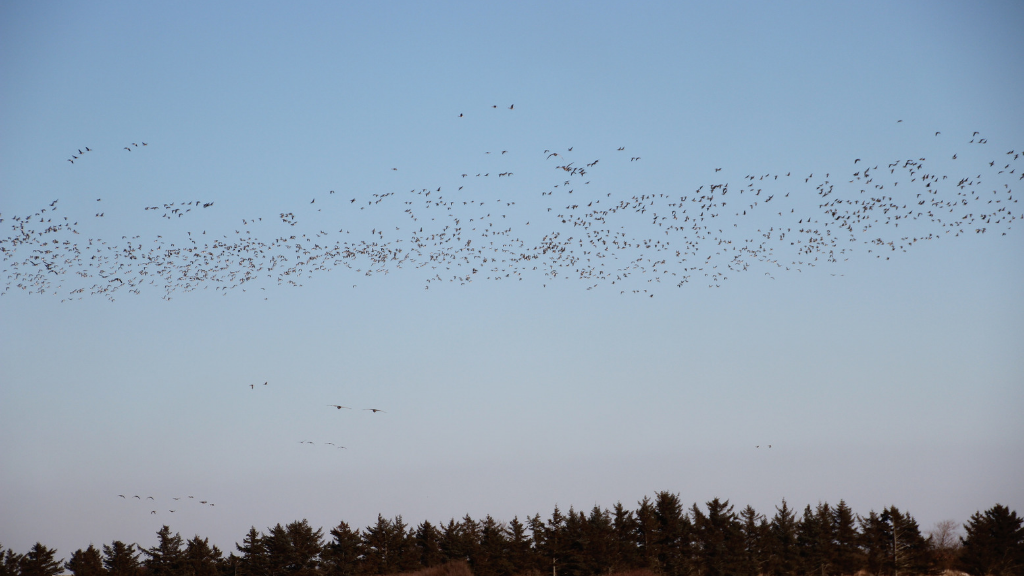 The island - also called the Bird Island - is located on the coastal town of Thorsminde on the North Sea facing Nissum Fjord, which contains some of West Jutland's most important bird areas.

The fjord has international significance for ducks, geese and wading birds. Parts of the fjord and some land areas are laid out as a sanctuary to protect the resting and breeding waterfowl. There is also a bird tower, from which there is a good view over the Nissum Fjord Nature Park.

In the spring, you can experience deer and foxes in the tube forest, which are used for safe storage.

In the fall you can gather berries and herbs for your spice nap.

Until the 1950s there was a canal where the road Havnevej makes a bow at the small dinghy harbour. The water was shallow, so the
children of the town bathed there. The skipper with flat-bottomed boats also used the canal as a shortcut to the bay which was called Ballerbugten.
It was a good spot to fish.

Today the canal is filled up – and many locals go for a walk on the “island”.
The island Fugleøen is located in the Nature Park Nissum Fjord, with an abundance of wildlife.
There are reams of birds – from ospreys and cormorants to ducks and geese. Furthermore, there are shrubs with wild berries and herbs for
snaps – and if you are lucky, you will meet deer and foxes as well.