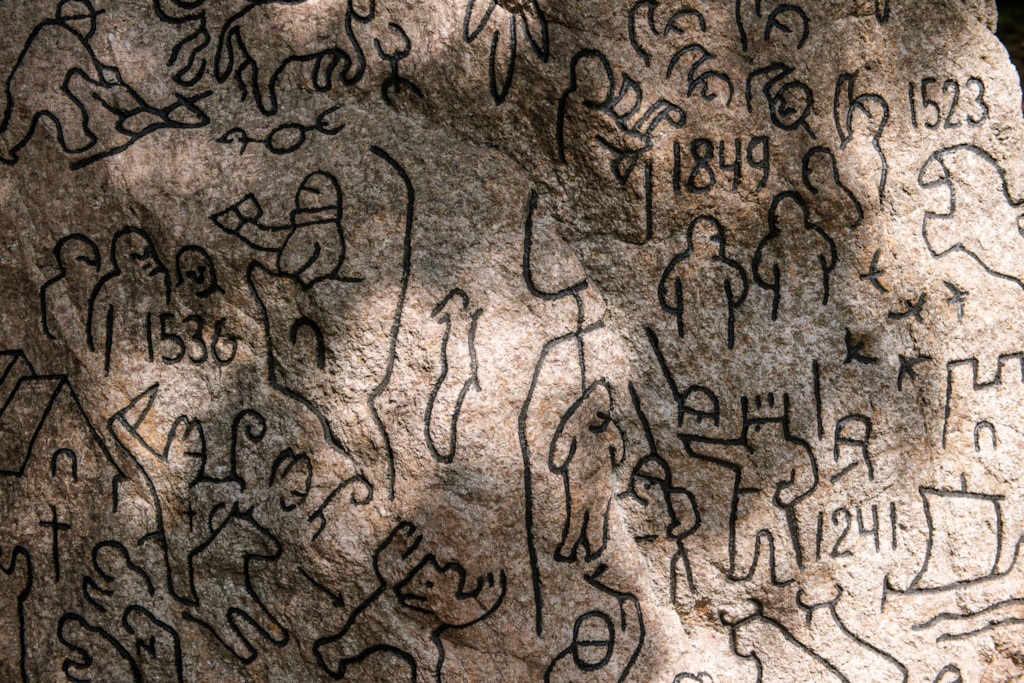 Historiens Sten - The Stone of History

Former teacher at Kornhede Lejrskole and well known local historian, Alfred Kaae, carved this rock. A very unusual work of art, which in a simple figurative language tells the history of Denmark. In the middle stands the tree of the world and the destiny tree. The ash Yggdrasil, whose roots draw nourishment in the giant Mimer's spring. At the foot of the tree you see the eye of Odin, which he put in secretly at Mimer to get part in his wisdom. The years, which are carved in this rock refers to the big occurrences in the history of the country. Ansgar, the Law of Jutland, the end of the Kalmar Union, the Reformation, repeal of the adscription, introduction of the constitution and reunion of south Jutland with the rest of Denmark in 1920.

Alfred Kaae did this immense work in the year 1938, and the rock was erected the same year at the school, and was handed over to the inhabitants of the school district.