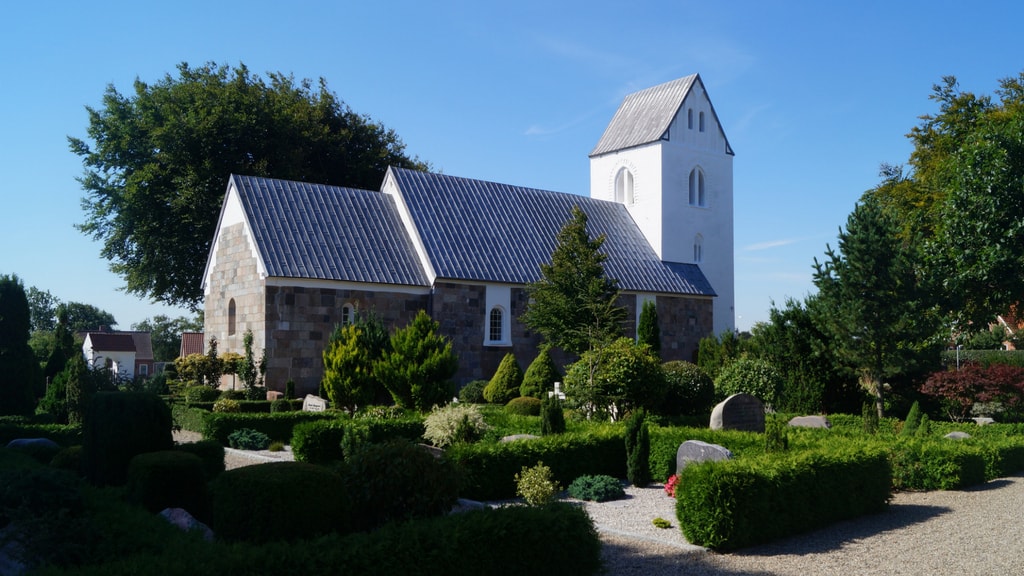 Mejrup Church, which was built in 1100 - 1200, consists of choir, nave, tower to the west, and porch at the south side, and originates from the monastery of Tvis.

In the porch there is a fresco of St. George and the Dragon (1520-40). In the legend of Holstebro St. George is the same as the horseman Holst, who came here and killed the wyvern (dragon), which was lying on the bridge over the stream Storå.